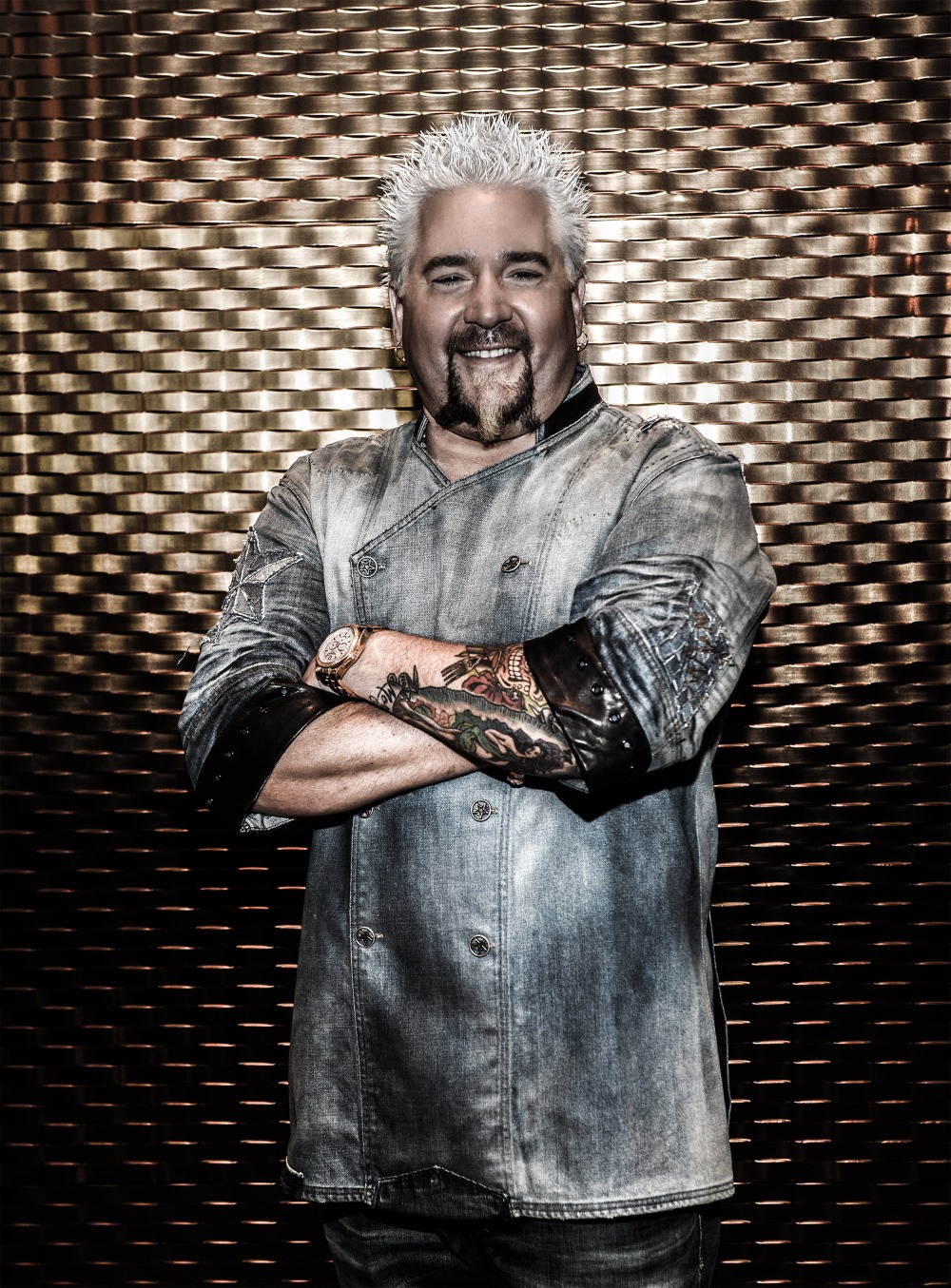 Guy Fieri is a chef, restaurateur, bestselling author, and Emmy Award-winning TV host. He began his love affair with food at the age of ten, selling soft pretzels from a three-wheeled bicycle cart he built with his father. He’s a graduate of the University of Nevada Las Vegas with a degree in Hospitality Management. In 2006, Guy won the second season of “Food Network Star,” and has gone on to have multiple Food Network shows. He has opened over 63 restaurants around the world and at sea, and has authored six cookbooks. In 2013, he launched Hunt & Ryde Winery in Sonoma County, named for his two sons, Hunter and Ryder. He supports numerous charities including his own Cooking with Kids, as well as The Make-A-Wish Foundation and Best Buddies International. Guy resides in Northern California with his family.